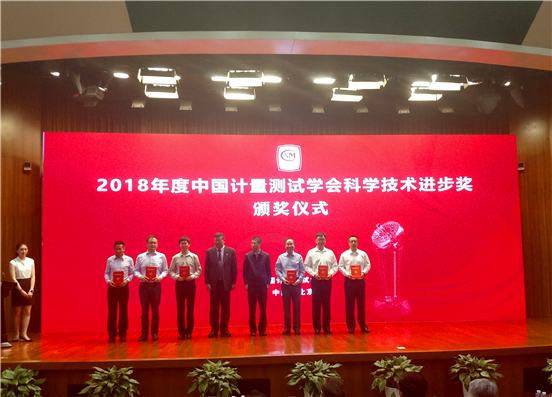 The award-winning project "Study on Quality Assessment and Risk Early Warning Technology of Smart Grid Energy Metering System" is aimed at China's current "one-time life-test" energy metering system (that is, the first calibration of the smart meter before installation in the laboratory, no calibration will be performed after the installation is completed, to the verification The method of all rotation after the cycle (eight years) has the risk of misalignment in use, and may cause a lot of waste. Under the guidance of the Municipal Market Supervision Bureau, Beijing Metrology Institute, in conjunction with the Beijing Institute of Electric Power, lasted seven years, through the long-term measurement performance tracking analysis of tens of millions of meters, formed two original quality assessment theory: based on component failure Sexual analysis of the batch energy meter measurement risk assessment theory and the use of neural network to quantify the impact of the use of environmental conditions on the energy metering performance theory; the creation of a non-standard condition energy reference standard value array, the first systematically solved the smart meter metering in the world The technical problems of key nodes such as pre-installation quality assessment, post-installation life prediction and high-accuracy field calibration in performance life cycle evaluation. The overall technology of the project has reached the international leading level, and all three core technologies are internationally pioneered.
The â€œChina Science and Technology Progress Awardâ€ is a provincial-level scientific and technological progress award registered in the National Science and Technology Awards Office. It is the highest award in the national measurement technology industry. The judges are composed of more than a dozen academicians. The award-winning units are mainly sponsored by the National Institute of Metrology, the Institute of Aerospace Science and Technology, and other famous research institutes such as Tsinghua University. In recent years, Beijing Metrology Institute has closely focused on Beijing's key areas of social and economic development and major industrial needs, facing regional economic and social development, making scientific research into enterprises, writing papers in the industrial chain, and continuously improving its technological support capabilities. The results are constantly emerging. The research project of Beijing Metrology Institute has been widely recognized and highly appraised by experts and scholars including academicians. It has won the second prize of Science and Technology Progress of China Metrology and Testing Society for two consecutive years.
(Original title: Our institute won the second prize of Science and Technology Progress of China Metrology and Testing Society)

Frozen Meat Breaker/frozen meat breaker/Meat Grinder/ Meat Mincer is the first step of high quality products production. They are used for pre-breaking frozen meat blocks stacked on pallets. It includes bone saw series, frozen meat cutting machine, Frozen Meat Flaker,grinder series, etc. Customers will use different machines depending on the processing needs and to form an automatic production line. No need of defrosting of the meat, Helper`s breaker series has been designed to cut off a whole block of meat in meat pieces with a blades system, avoiding second time pollution and keeping meat texture.